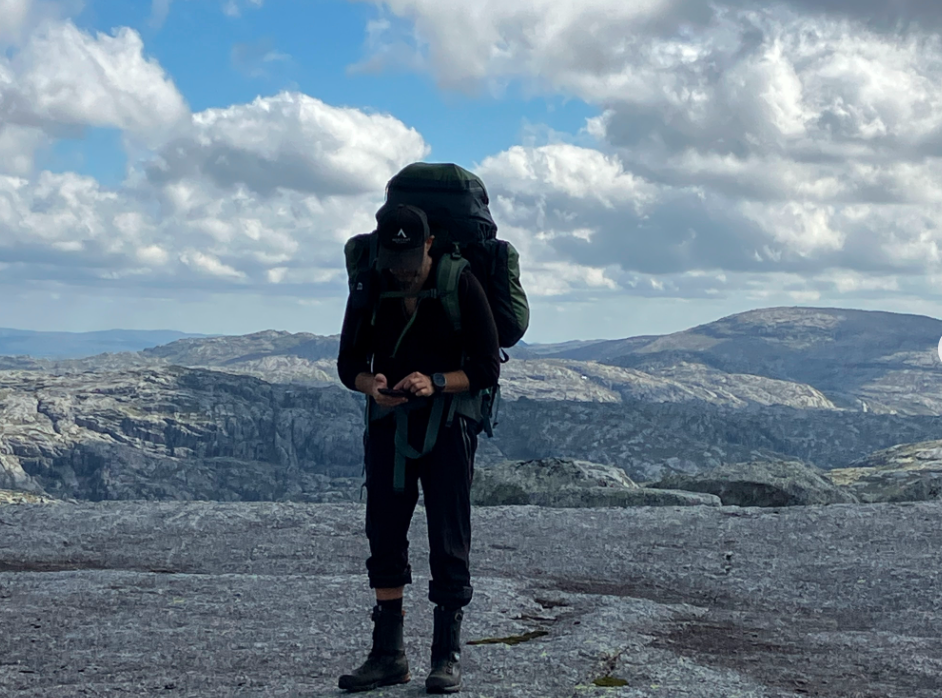 The story behind Nortent goes over 30 years back in time when the founder was still a teenager. Even back then he had a keen interest for nature and the outdoors, however other hobbies grabbed his attention just as much. At 19 years old he left home and joined the military where he was appointed a place in the Navy. But Kjetil wanted to spend time out in the fields, forests and mountains. He did not want to be out at sea and was granted a transfer to the infantry. In the military he spent much time in tents up in the north of Norway during all seasons. Here his real passion for the outdoors was sparked. He wanted to experience nature outside of the military structure and be free to wander the wilderness on his own terms. Kjetil still remembers the time he was standing guard and looking out over the vast, beautiful landscape and wondering what it would be like to explore the natural playground that is the wilderness. Not restricted by the military and its equipment, but rather with equipment that was aligned with nature and catered to the good experience.

Kjetil’s role in the military was to train other soldiers in survival out in nature. When his military service ended he continued with teaching, then at primary school and with mathematics and science as some of his subjects. Through mathematics Kjetil discovered that many elements in nature are constructed by geometrics, where both human beings and animals experience a sense of harmony with shapes and sizes that have symmetry. If one looks closer one can observe geometric shapes and fractal patterns everywhere in nature. The universe operates in line with these patterns and proportions and they give harmony to all living creatures. An example of this is the golden ratio which is measured at 1,62. The Golden ratio is a mathematical term, also called Phi. A ratio used both in nature and by people. In example a staircase where the relation between depth and height has the 1,62 ratio it feels natural to walk it. Also. Your credit card has for example almost a perfect ratio 1,62 between width and length which makes your credit card functional, looks good, and feels good in the hand. Without the 1,62 ratio it feels unnatural. The beautiful sunflower has a 1,62 ratio as well as endless other living features in nature.

As a teacher of mathematics and with his passion for nature Kjetil became more and more convinced that the equipment you rely on in nature should align with nature thus believing that a “mathematical tent” would both function better and be perceived in unison with nature. Over the years Kjetil had spent much money and time on expensive tents and other equipment he deemed to be of poor quality. They seemed to be always lacking something. They were either too heavy, too small, too fragile, too complicated to set up or simply just unappealing to look at. Kjetil envisioned a tent that was a natural part of the environment. Spacious, light, easy to set up and above all comfortable. Equipment one can rely on in any situation, and which also has esthetic features that find their natural place in the environment and create harmony. This is why the mathematics teacher decided to design his own tent based on scientific theories and knowledge. He studied the shelters the indigenous people had used for centuries to keep safe and warm in the rough climate of Norway. When developing his modern day version for camping and backpacking out in nature, it was natural to seek inspiration from the indigeneous people’s techniques based on ancient knowledge. Tents that are designed and created for harsh Norwegian weather conditions. And this is how the Lavvo and the Gamme from Nortent came into creation. The Lavvo is cone-shaped, a shape you find in numerous features in nature. The Gamme is circular, one half of a perfect round globe. Perfect circles are also known to produce optimal balance when it comes to strength.

Kjetil believes the tents to be esthetically appealing because humans are a product of nature. That is why mathematical shapes and proportions appear in harmony and he aims for the tents to become intrinsically connected with nature. A tent should be both esthetic and
practical.